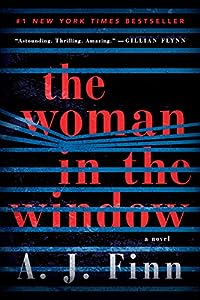 For readers of Gillian Flynn and Tana French comes one of the decade’s most anticipated debuts, to be published in thirty-six languages around the world and already in development as a major film from Fox: a twisty, powerful Hitchcockian thriller about an agoraphobic woman who believes she witnessed a crime in a neighboring house.

Anna Fox lives alone—a recluse in her New York City home, unable to venture outside. She spends her day drinking wine (maybe too much), watching old movies, recalling happier times . . . and spying on her neighbors.

Then the Russells move into the house across the way: a father, a mother, their teenage son. The perfect family. But when Anna, gazing out her window one night, sees something she shouldn’t, her world begins to crumble—and its shocking secrets are laid bare.

What is real? What is imagined? Who is in danger? Who is in control? In this diabolically gripping thriller, no one—and nothing—is what it seems.

Twisty and powerful, ingenious and moving, The Woman in the Window is a smart, sophisticated novel of psychological suspense that recalls the best of Hitchcock.

An Amazon Best Book of January 2018: The Woman in the Window is a seductive and unpredictable novel, like the Hitchcock movies to which author A.J. Finn pays homage. Finn’s protagonist Anna Fox is a child psychologist who lives alone in a New York suburb with a case of agoraphobia so debilitating she hasn’t left the house in months. To occupy her time Anna watches film noir classics from her vast collection, interacts with people online, and sometimes spies on her neighbors. It’s all very innocuous until she sees a horrible crime take place in the house across the park, recently inhabited by a new family. Call the police and report it, right? Things are a little more complicated for Anna—exacerbated by her routine consumption of prescription drugs with a lot of wine. Author A.J. Finn throws curve balls where you least expect them; I gasped out loud and in public, twice, while reading this novel because I was so taken by surprise. In the gap of time since Gone Girland The Girl on the Train we’ve been asking ourselves, when will we find the next big must-read psychological thriller? I think A.J. Finn’s The Woman in the Window answers that question. —Seira Wilson, Amazon Book Review 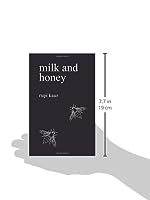 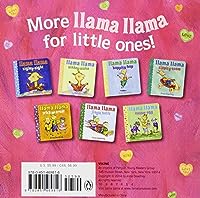 Llama Llama I Love You

only $5.99
Not Available
View Add to Cart
CERTAIN CONTENT THAT APPEARS ON THIS SITE COMES FROM AMAZON SERVICES LLC. THIS CONTENT IS PROVIDED 'AS IS' AND IS SUBJECT TO CHANGE OR REMOVAL AT ANY TIME.